The Bar Strength Club is a specialist powerlifting and Olympic weightlifting club under the guidance of head coach Andrew Anthony. This proudly Bedfordview institution recently had an astoundingly successful run at the South African Weight Lifting Championships.

Johann de Bruyn won silver in the -105kg open division and pulled this strong 330kg deadlift to smash his own SA record of 317.5kg set at Commonwealth Champs in September last year.

“Zan Davies is our 57kg open lifter who finally managed to conquer that illusive 125kg deadlift. Zan is a testament to the fact that if you keep working hard, don’t give up and keep believing in yourself as your coach does, you will reach your goals. So proud of this lady.” said Head Coach Andrew Anthony.

Lauren Norton, won the +84kg open division at SA Champs. “She is getting so close to that 200kg target which when achieved will be the first South African woman to do so. Lauren also got third best lifter award,” said Anthony.

Marion Tanzer, an M2 -72kg athlete, walked away with a well-deserved silver medal and a spot on the South African team going to IPF World Championships. “Although Marion will be the first to admit she didn’t have a great day, she gave everything she had and this was the main goal. Each of our lifters teaches us something; Marion taught us that the strength to be able to cope with disappointment, to be able to get up, shake off the dust and get after your goals again is the type of strength of character that is required for longevity and success in this sport. We look forward to working with Marion towards competing at Worlds in Calgary, Canada in June.” Anthony continued. 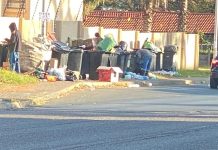 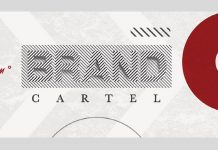