The statement follows an oversight inspection by the DA Shadow Minister of Police, Zakhele Mbhele MP, and the DA Gauteng Spokesperson on Community Safety, Michele Clarke MPL, at the O.R. Tambo International Airport in Johannesburg. Please find attached an IsiZulu soundbite by Mr Mbhele and an English soundbite by Ms Clarke. Pictures can be found here, here and here.

The DA recently conducted an oversight inspection at the O.R. Tambo International Airport in Johannesburg. Every year, drugs worth millions of rands are smuggled through South Africa’s busiest airport.

The DA met with the station’s operational commander who informed us that the station is currently operating at half its capacity, with only 605 posts currently filled (including administration personnel) out of a required 1 200. This is indicative of the chronic under-staffing and under-resourcing of the police service at station level.

In the past, heists at the airport happened in collaboration with some private security, police and airport personnel. This level of organised crime can only be countered through Crime Intelligence (CI).

There has been a welcome improvement in security at the airport since the restructuring and management overhaul process which was implemented about a year ago. The number of criminal incidents has been reduced and an increase in the interception of drug mules, in cooperation with Interpol.

However, Crime Intelligence still needs to be beefed up, starting with the permanent appointment of a senior CI commander, in order to build expert knowledge of this specialised environment and drive intelligence-led ‘sting’ operations to crack down on the syndicates responsible for drug-trafficking at O.R Tambo and other airports.

The task of securing the airport and protecting commuters is a mammoth task and the SAPS cannot do this on its own. The DA also assessed whether the airport’s Police Station is receiving sufficient support from agencies such as the South African Revenue Service, ACSA and the Department of Home Affairs.

We found that, while the basics are being done based on a revised integrated strategy, there is still room for improvement in order to achieve tighter monitoring of passengers and personnel as well higher visibility of security personnel. All of this requires vacancies to be filled as soon as possible.

The drug trade has had devastating consequences on the lives of countless South Africans. South Africa needs change led by the DA, which will keep our borders and ports of entry are secure and protected, to ensure that South Africans, especially the youth, are protected against drugs. 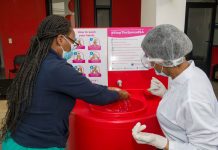 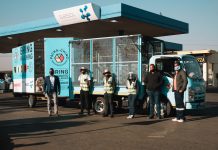 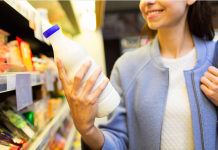