What is the intention of the AARTO Act?

The AARTO Act is intended to address motorists’ non-compliant behaviour to road traffic laws by effecting zero-tolerant policies to traffic violations. In implementing these policies, the AARTO Act encourages motorists to adopt a new habit of voluntary compliance.

The AARTO Act introduces a new 12-point demerit system for motorists. Under this system, a motorist who repeatedly commits road traffic violations can have his or her driver’s licence suspended or cancelled.

If a motorist’s driver’s licence is cancelled, he or she will be required to redo the learner’s and driver’s examinations. Motorists who drive with a suspended or cancelled licence could lead to a further suspension of a year and the possible sentence of a year’s imprisonment.

Appealing or objecting to an infringement notice must be done by written representation to the Road Traffic Infringement Agency (RTIA) and if unsuccessful, an appeal has to be lodged with the RTIA’s tribunal.

South Africa experiences an alarmingly high amount of road accidents (and consequential fatalities and injuries) annually which has the effect of costing the country billions in rand every year. Speeding, drunk driving, lack of seatbelt and child restraint usage and unsafe vehicles are some of the leading causes of accidents, fatalities and injuries on the road.

It is against this background that the President signed the Administrative Adjudication of Road Traffic Offences Act 4 of 2019 (AARTO Act) into law on 13 August 2019. Several objections were lodged against the AARTO Act during the Bill process but despite those objections, it was still signed into law. The AARTO Act is not yet effective in law as its commencement date has not been announced. There are still a few agencies and associations that plan on contesting the newly signed legislation.

What is the impact on employers?

Inevitably this would have an impact on companies that rely on employee’s employed as drivers and who make use of company vehicles as part of their job requirements.

Once the AARTO Act commences, employers will need to ensure that their drivers possess valid driver’s licences. For drivers whose licences are suspended or cancelled, employers must ensure that such drivers do not drive. Naturally, this will impact on the employer’s operations. This raises questions as to what action can be taken by the employer against such drivers.

In circumstances where the driver’s licence has been suspended, the employer will need to assess the period of suspension and then decide how to approach the matter in order to accommodate the employee’s inability to perform during suspension on the one hand and balancing the needs of the operational requirements of the company on the other. In circumstances where the driver’s licence is cancelled, the employer may be able to institute incapacity proceedings against the driver.

Before the AARTO Act comes into effect, employers who make use of drivers as employees are advised to review their current workplace policies and terms and conditions of employment. Employers should have in place suitable processes to deal with drivers who are disqualified from performing their work due to their driver’s licences being suspended or cancelled. 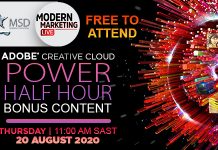 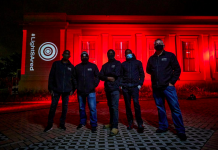 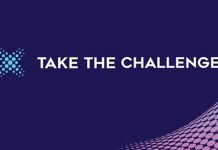 Strategic Ways Of Marketing Your Brand To Gen Z