Jenny Scheigansz, a resident of Woodmere, Germiston, is the head of the iTemba Soup Kitchen, situated at the N.G Church in Primrose East. Scheigansz discusses having to be ‘mentally tough’ when dealing with children whose parents are alcoholics and other issues, what keeps her going, as well as the soup kitchen’s successes.

Born in Cape Town, Scheigansz travelled with her ‘gypsy dad’, moving to different towns and cities in South Africa. She is a married mother of two and grandmother of five.

Scheigansz started at the soup kitchen in 2005 as a volunteer. ‘I am a people’s person and I think I am a good judge of character as I was previously employed in the personnel industry,’ she said. ‘I am a born again Christian, and I believe in the power of prayer, and whenever people ask me to pray for them I do and I have seen the results – many miracles have happened through prayer and faith. So joining the soup kitchen was a way of helping others.’

What has been your greatest achievement as the head of the iTemba Soup Kitchen?

Last year was the best year ever at the soup kitchen. My team and I organised many events and donors were very generous. We had two children’s parties, with decor, a magician, jumping castles, games, food, cupcakes and presents during the year, plus a Christmas party – all sponsored by donors.

My friend Max Katz, who plays the harmonica, and Smoke the guitarist, performed at the soup kitchen and gave testimony about how the Lord has impacted their lives. We also had an amazing response from businesses for Mandela day and received lots of non-perishable food and soup ingredients as well as goodie bags for every person that visited the soup kitchen.

What advice do you have for people to get more involved in charity work?

First visit the charity and see if this is something you really want to do, as it takes a lot of commitment and can be quite upsetting sometimes.

Which community projects/initiatives are you involved in that you are most excited about, and why?

I am also interested in animal welfare and we support several rescue organisations. One of these has started a feeding scheme for the pets of our soup kitchen regulars, and of course our local SPCA.

What goals do you have for the community you serve?

Continuing to work well as we have very good working relationships with other charity organisations in our area and pass on excess donations to them as they do to us. What I do miss this year is not having any students, schools or youth organisations doing community service at the soup kitchen because of Covid-19. This was something I always enjoyed and looked forward to.

Working at a soup kitchen has taught me to always follow my instincts. If something does not feel right, it probably is not. It has also taught me to be kind – you never know what someone is going through. We do deal with drug addicts and juvenile delinquents, and children who do not attend school come to us very often. The parents are drug addicts or alcoholics and do not care.

We also have a fair number of elderly people who depend on us for food. They have basically been abandoned by their children, who are unable to help them. These are the issues that we deal with and you need to be tough, as it is mentally and emotionally taxing.

Any hidden treasures, like restaurants, in your area that people should know about?

I do not get much time for recreation and we prefer to eat at home as I enjoy cooking and baking. I am also a keen gardener (when I get time) and sell succulents and other plants to raise money for the soup kitchen. In fact, quite a few of our volunteers have joined the kitchen – through buying my plants. 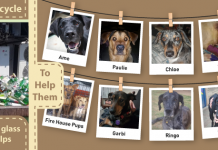 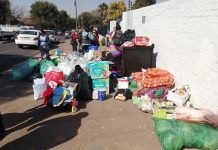 7 Great Reasons Why You Should Invest In Carpets